none
»» The Birth of an American Form of Buddhism: The Japanese-American Buddhist Experience in World War II 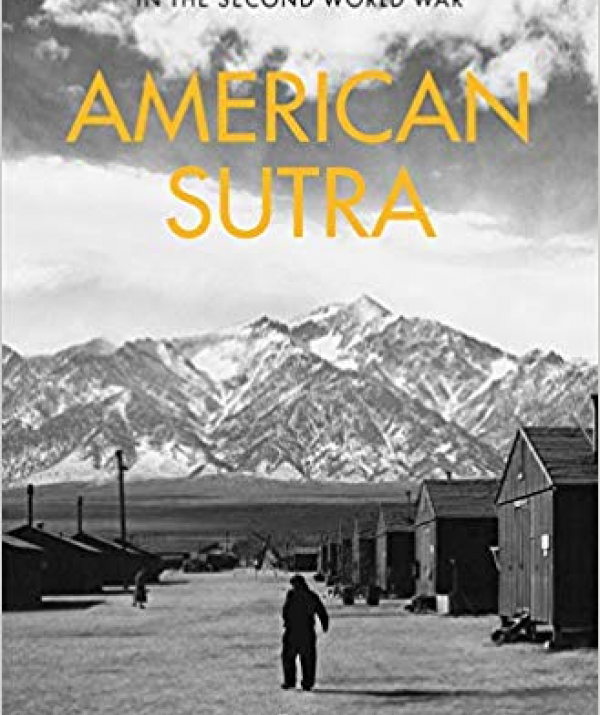 For many, the story of Buddhism in America begins with the Beat poets of the 1950s or the hippies of the 1960s and 1970s. In fact, Buddhism first landed on American soil at least a century earlier with the arrival of Asian immigrants from across the Pacific. In 1893, the first Jodo Shinshu priests arrived in San Francisco, establishing what would become the Buddhist Churches of America. And, according to scholar and author Duncan Ryuken Williams, it was in the experiences of Jodo Shinshu and other Japanese Buddhists in the Second World War that a uniquely American Buddhism was formed.

This began in the wake of the Japanese attack on Pearl Harbor on 7 December 1941, when the American identity of Japanese Americans, particularly those of a Buddhist background, was called into question.

Just over two months later on 19 February 1942, in the American rush to war, President Franklin D. Roosevelt signed Executive Order 9066, which authorized the incarceration of as many as 120,000 Americans of Japanese descent.

In his new book American Sutra: A Story of Faith and Freedom in the Second World War (Harvard University Press 2019), Duncan Ryuken Williams, professor of Religion and East Asian Languages & Cultures and director of the USC Shinso Ito Center for Japanese Religions and Culture, retells the stories of Japanese Americans during World War II, with a particular focus on the role Buddhism played. He examines what it meant to be American and Buddhist for Japanese Americans in an era of war, and renewed racism and xenophobia.

The entire Japanese American community suffered during the war, but as American Sutra shows, Buddhists were particularly targeted. U.S. government and military authorities viewed Buddhism as un-American and its followers as more likely to be disloyal. Most Buddhist priests were swiftly arrested and detained after Pearl Harbor, and severe restrictions were placed on the practice of Buddhism in both Hawaii and the mainland. (The North American Post)

The concern about the Japanese practice of Buddhism fit into an ongoing fear of non-Christian religions in American history, “from widespread suspicion of the so-called ‘heathen Chinee’ [a phrase popularized by American writer Bret Harte in an unsuccessful effort to satirize anti-Chinese sentiment of the time] in the late 19th century, to dire warnings of a ‘Hindoo peril’ early in the 20th century, to rampant Islamophobia in the present century. Even before war with Japan was declared, Buddhists encountered similar mistrust.” (Smithsonian.com)

Williams writes of the experience of Japanese American Buddhists in Hawaii:

The early roundup of the Buddhist leadership, whether citizen or not, was a harbinger of a broader persecution of non-Christian religions on the Hawaiian Islands. Under martial law, the misguided presumption that Japanese American Christians were necessarily more loyal to the United States became increasingly apparent, and the historical animus against Buddhism and Shinto intensified.

Thus, during the first several years of the war, Buddhists and Shintoists were restricted from practicing their religion, and had to petition the Army’s G-2 intelligence division for permission, most often denied, to meet at their temples and shrines. Several Shinto shrines, such as the Izumo Taisha shrine in Honolulu, were simply confiscated and declared “gifts” to the city and county of Honolulu. On the island of Kauai, the Military Governor’s Office coordinated the closure of the island’s Japanese-language schools with the dissolution of Buddhist temples. Ultimately, 13 of the island’s 19 Buddhist temples were eliminated. (American Sutra: A Story of Faith and Freedom in the Second World War)

Life in the camps was difficult. Many of those interned were given just hours to leave their homes with only the possessions they could carry on their backs. Nonetheless, Japanese-American Buddhists worked to preserve their religious identities and practices.

“Prisoners at the Fort Lincoln, North Dakota, internment camp celebrated Hanamatsuri [the Japanese celebration of the Buddha’s birthday] by pouring sweetened coffee over a baby Buddha statue carved from a carrot. Young American-born Buddhists became leaders in the camps, with YBAs organizing social activities and religious gatherings that helped revitalize their sanghas.” (The North American Post)

“The Buddha taught that identity is neither permanent nor disconnected from the realities of other identities,” Williams writes in American Sutra. “From this vantage point, America is a nation that is always dynamically evolving—a nation of becoming, its composition and character constantly transformed by migrations from many corners of the world, its promise made manifest not by an assertion of a singular or supremacist racial and religious identity, but by the recognition of the interconnected realities of a complex of peoples, cultures, and religions that enrich everyone.”

And thus in the shadow of war and racism in a “Christian nation,” Williams suggests that Japanese-American Buddhists created American Buddhism. It was in one of the camps, Utah’s Topaz War Relocation Center, that the Buddhist Missions of North America was renamed Buddhist Churches of America. Other innovations from the time included the singing of gathas (Buddhist poems or songs), standardized English-language service books, and the adoption of Sunday schools.

These and other changes during and after the war, Williams suggests, gave birth to a Buddhism with a uniquely American identity. He shows how the adversity of their experiences strengthened their Buddhist faith and the Japanese-American Buddhists “to assert their right to define themselves as equally Buddhist and American, and created a truly American form of Buddhism.” (North American Post)

Williams recounts in the book the stories of numerous lives rocked by a time of extreme change, and in those stories are found a blend of Buddhist wisdom and American experience: “The long-ignored stories of Japanese Buddhists attempting to build a free America—not a Christian nation, but one of religious freedom—do not contain final answers, but they do teach us something about the dynamics of becoming: what it means to become American—and Buddhist—as part of an interconnected and dynamically shifting world.”

The book, released on 19 February, has been met with widespread acclaim as Williams has embarked on a national speaking tour. The release date is significant as it is the Day of Remembrance, which commemorates the incarceration of Japanese Americans in World War II.