The Art of Dying
»» About S.N. Goenka 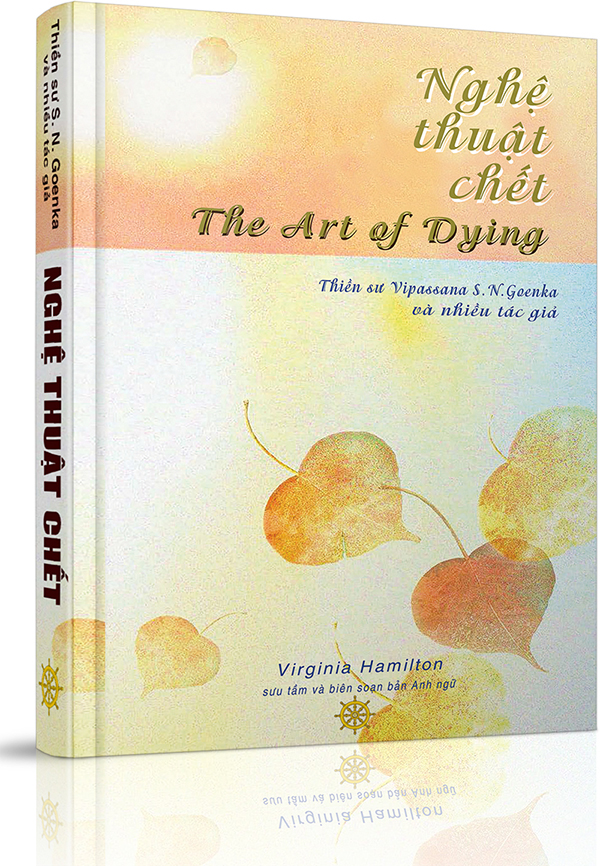 Satya Narayan Goenka (affectionately called "Goenkaji" by his students) was a teacher of Vipassana meditation in the tradition of Sayagyi U Ba Khin of Myanmar.

Although Indian by descent, Goenkaji was born and raised in Myanmar. While living there he had the good fortune to come into contact with U Ba Khin, and to learn the technique of Vipassana from him. After receiving training from his teacher for 14 years, Goenkaji settled in India and began teaching Vipassana in 1969. In a country still sharply divided by differences of caste and religion, the courses offered by Goenkaji attracted thousands of people from every part of society. In addition, many people from countries around the world came to join courses in Vipassana meditation.

Goenkaji taught tens of thousands of people in more than 300 courses in India and in other countries, East and West. In 1982 he began to appoint assistant teachers to help him to meet the growing demand for courses. Meditation centers were established under his guidance in India, Canada, the United States, Australia, New Zealand, France, the United Kingdom, Japan, Sri Lanka, Thailand, Myanmar, Nepal and other countries.

The technique taught by S.N. Goenka represents a tradition that is traced back to the Buddha. The Buddha never taught a sectarian religion; he taught Dhamma—the way to liberation— which is universal. In the same tradition, Goenkaji's approach is totally non-sectarian. For this reason, his teaching has had a profound appeal to people of all backgrounds, of every religion and no religion, and from every part of the world.

In his lifetime, Goenkaji was the recipient of many honors but insisted that they were all really for the Dhamma.

S.N. Goenka peacefully breathed his last on Sunday evening September 29, 2013, at his home in Mumbai, India. He was in his 90th year and had served half his life as a teacher of Vipassana meditation. His legacy will continue as long as people around the world seek to learn the teaching of liberation.

The Passing of the Day

Following is an account of how Shri Satya Narayan Goenka faced his last moments, on Sunday, September 29, 2013.

Sometimes the end of life comes as peacefully as the passing of the day.

In the last months of his long life, Goenkaji was confined to a wheelchair and faced increasing pain, yet he strove to carry on with his daily routine. Often he had recalled how the Buddha served until his last moments. It was clear that Goenkaji intended to follow that great example. He continued to meet with visitors and to take a close interest in the Dhamma work.

On his last day, at breakfast time Goenkaji asked his son Shriprakash how work was proceeding at the Global Vipassana Pagoda. Shriprakash replied that he would be visiting the Global Pagoda that day and would make a full report on his return.

During the day, Goenkaji worked on a selection of 500 of his dohas (couplets) for possible future publication. As always, this was a labor of love for him.

At lunch, Goenkaji said, “I am relieved of the doctors.” Mataji attached no special significance to these words; she thought he was referring to a particular doctor who had recently visited him. However, it was obvious that Goenkaji wanted to spend the day quietly, undisturbed.

After teatime, Goenkaji reviewed major stories in the newspapers, as he was accustomed to do every day. He then meditated in a chair in his room. He came to the table for the evening meal but kept silent during it and returned directly to his room afterwards.

He remained seated there for some time and then asked to be helped to bed. As soon as he was lying down, he started breathing faster. Noticing this when she entered the room, Mataji asked Shriprakash to come. Goenkaji opened his eyes and recognized his son but spoke no word. Shriprakash called the family doctor, and then a doctor who lived in the same building and was able to come at once.

But events moved swiftly to their end. The breath came in, the breath went out and then ceased. The heart had stopped beating. There was no sign of pain or stress on Goenkaji’s face, and the atmosphere in the room was serene and peaceful.