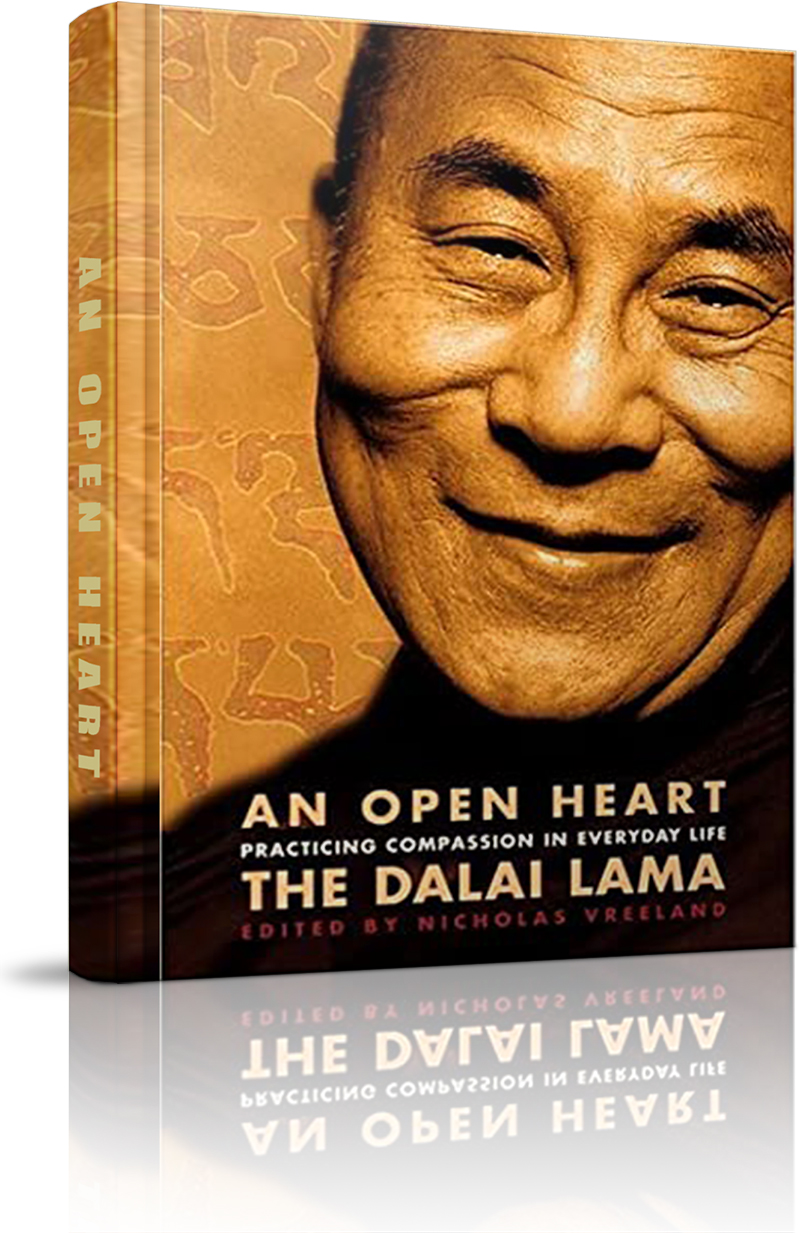 Tải sách dạng
epub, mobi, lrf...
(có phí)
We are now acquainted with the technique to discipline our minds so that we can remain perfectly focused on an object of meditation. This ability becomes an essential tool in penetrating wisdom, particularly emptiness. Though I have touched upon emptiness throughout this book, let us now explore a little more deeply just what emptiness is.

We all have a clear sense of self, a sense of “I.” We know who we are referring to when we think, “I am going to work,” “I am coming home,” or “I am hungry.” Even animals have a notion of their identity, though they can’t express it in words the way we can. When we try to identify and understand just what this “I” is, it becomes very difficult to pinpoint.

In ancient India many Hindu philosophers speculated that this self was independent of a person’s mind and body. They felt that there had to be an entity that could provide continuity among the different stages of self, such as the self “when I was young” or “when I get old” and even the “me” in a past life and the “me” in a future life. As all these different selves are transient and impermanent, it was felt that there had to be some unitary and permanent self that possessed these different stages of life. This was the basis for positing a self that would be distinct from mind and body. They called this atman.

Actually, we all hold such a notion of self. If we examine how we perceive this sense of self, we consider it the core of our being. We don’t experience it as some composite of arms, legs, head, and torso, but rather we think of it as the master of these parts. For example, I don’t think of my arm as me, I think of it as my arm; and I think of my mind in the same way, as belonging to me. We come to recognize that we believe in a self-sufficient and independent “me” at the core of our being, possessing the parts that make us up.

What is wrong with this belief? How can such an unchanging, eternal, and unitary self that is independent of mind and body be denied? Buddhist philosophers hold that a self can be understood only in direct relation to the mind-body complex. They explain that if an atman or “self” were to exist, either it would have to be separate from the impermanent parts that constitute it, the mind and body, or it would have to be one with its parts. However, if it were separate from the mind and body, it would have no relevance, as it would be totally unrelated to them. And to suggest that a permanent indivisible self could be one with the impermanent parts that make up mind and body is ludicrous. Why? Because the self is single and indivisible, while the parts are numerous. How can a partless entity have parts?

So, just what is the nature of this self we are so familiar with? Some Buddhist philosophers point to the collection of the parts of mind and body and consider the sum of them alone to be the self. Others hold that the continuum of our mental consciousness must be the self. There is also the belief that some separate mental faculty, a “mind basis of all,” is the self. All such notions are attempts to accommodate our innate belief in a core self, while acknowledging the untenability of the solidity and permanence we naturally ascribe to it.

If we examine our emotions, our experiences of powerful attachment or hostility, we find that at their root is an intense clinging to a concept of self. Such a self we assume to be independent and self-sufficient, with a solid reality. As our belief in this kind of self intensifies, so does our wish to satisfy and protect it.

Let me give you an example. When you see a beautiful watch in a shop, you are naturally attracted to it. If the salesperson were to drop the watch, you would think, “Oh dear, the watch has fallen.” The impact this would have on you would not be very great. If, however, you bought the watch and have come to think of it as “my watch,” then, were you to drop it, the impact would be devastating. You would feel as if your heart were jumping out of you. Where does this powerful feeling come from? Possessiveness arises out of our sense of self. The stronger our sense of “me,” the stronger is our sense of “mine.” This is why it is so important that we work at undercutting our belief in an independent, self-sufficient self. Once we are able to question and dissolve the existence of such a concept of self, the emotions derived from it are also diminished.

SELFLESSNESS OF ALL PHENOMENA

It is not just sentient beings who lack a core self. All phenomena do. If we analyze or dissect a flower, looking for the flower among its parts, we shall not find it. This suggests that the flower doesn’t actually possess an intrinsic reality. The same is true of a car, a table, or a chair. And even tastes and smells can be taken apart either scientifically or analytically to the point where we can no longer point to a taste or a smell.

The flower’s scent that you smell would similarly be one with your sense of smell experiencing its fragrance. The flower I perceive would be a different flower from the one you perceive. Though this “mind only” view, as it is called, greatly diminishes our sense of objective truth, it attributes great importance to our consciousness. In fact, even the mind is not in and of itself real. Being made up of different experiences, stimulated by different phenomena, it is ultimately as unfindable as anything else.

But then, is there no flower? Of course there is. To seek for the core of any phenomenon is ultimately to arrive at a more subtle appreciation of its emptiness, its unfindability. However, we mustn’t think of the emptiness of a flower simply as the unfindability we encounter when searching among its parts. Rather, it is the dependent nature of the flower, or whatever object you care to name, that defines its emptiness. This is called dependent origination.

The notion of dependent origination is explained in various ways by different Buddhist philosophers. Some define it merely in relation to the laws of causation. They explain that since a thing such as a flower is the product of causes and conditions, it arises dependently. Others interpret dependence more subtly. For them a phenomenon is dependent when it depends on its parts the way our flower depends upon its petals, stamen, and pistil.

There is an even more subtle interpretation of dependent origination. Within the context of a single phenomenon like the flower, its parts - the petals, stamen, and pistil - and our thought recognizing or naming the flower are mutually dependent. One cannot exist without the other. They are also mutually exclusive, separate phenomena. Therefore, when analyzing or searching for a flower among its parts, you will not find it. And yet the perception of a flower exists only in relation to the parts that make it up. From this understanding of dependent origination ensues a rejection of any idea of intrinsic or inherent existence.

Understanding emptiness is not easy. Years are devoted to its study in Tibetan monastic universities. Monks memorize relevant sutras and commentaries by renowned Indian and Tibetan masters. They study with learned scholars and spend many hours a day debating the topic. To develop our understanding of emptiness, we must study and contemplate this subject as well. It is important to do so under the guidance of a qualified teacher, one whose understanding of emptiness is without flaw.

As with the other subjects in this book, wisdom must be cultivated with analytical meditation as well as settled meditation. However, in this case, in order to deepen your realization of emptiness, you do not alternate between these two techniques but actually join them. You focus your mind on your analysis of emptiness by means of your recently acquired single-pointed concentration. This is called the union of calm abiding and special insight. By constantly meditating in this way, your insight evolves into an actual realization of emptiness. At this point you have attained the Path of Preparation.

Your realization is conceptual, as your cognition of emptiness has been derived through logical inference. However, this prepares a meditator for the profound experience of realizing emptiness nonconceptually.

A meditator now continually cultivates and deepens his or her inferential realization of emptiness. This leads to the attainment of the Path of Seeing. The meditator now sees emptiness directly, as clearly as he or she does the lines on the palms of his or her hands.

By continually meditating on emptiness, one progresses to the Path of Meditation. There are no new aspects of the journey that need to be cultivated. One now constantly develops and enhances the experiences of emptiness already gained.

A Mahayana practitioner begins his or her evolution through the stages leading to Buddhahood at the point of generating bodhicitta. As practitioners we should develop all the various qualities explored throughout this book.

Having acknowledged the workings of karma, we must desist from actions by which we harm ourselves and others.

We must recognize that life is suffering. We must have a profound desire to transcend it. However, we must also have the compassionate ambition to relieve the all-pervasive suffering of others, all those trapped in the mire of cyclic existence. We must have loving-kindness, the wish to provide everyone with supreme happiness. We must feel the responsibility to attain supreme enlightenment.

As one progresses through the first seven bodhisattva levels, one devotes oneself to a second incalculable eon of accumulating merit and wisdom.

Over the remaining three bodhisattva levels, one concludes the third incalculable eon of accumulating merit and wisdom, and thus attains the Path of No More Learning.

One is now a fully enlightened Buddha.

The many eons of practice that lie ahead should not disillusion us. We must persevere. We must proceed one step at a time, cultivating each aspect of our practice. We must help others to the degree that we can, and restrain ourselves from harming them. As our selfish ways diminish and our altruism grows, we become happier, as do those around us. This is how we accumulate the virtuous merit we need to attain Buddhahood.