A Survey of the Paths of Tibetan Buddhism
»» Death, Intermediate State and Rebirth 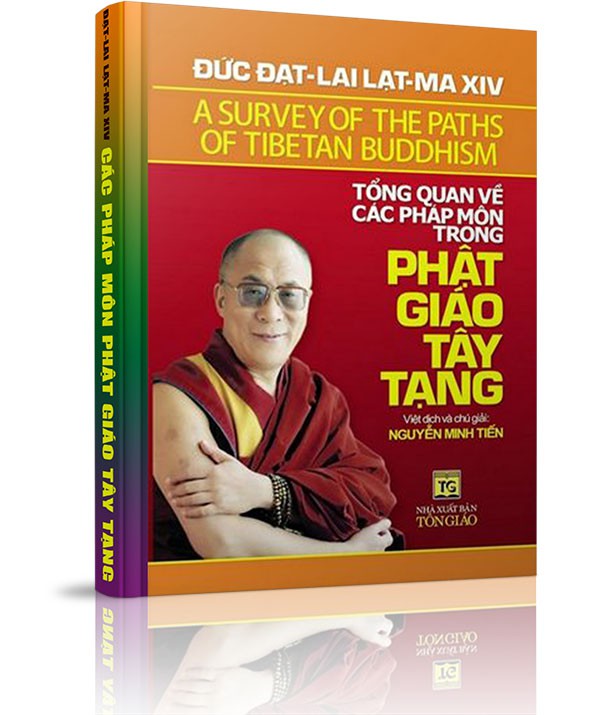 Tải sách dạng
epub, mobi, lrf...
(có phí)
Since the practice of Highest Yoga Tantra is intended to benefit the trainee or practitioner whose physical structure possesses the six constituents, the processes of the path resemble ordinary experiences and have similar features to the experiences of death, intermediate state and rebirth.

Because of human beings' unique physical structure, they naturally pass through three stages: death, intermediate state and rebirth. Death is a state when all the gross levels of mind and energy are withdrawn or dissolved into their subtlest levels. It is at that point that we experience the clear light of death. After that we assume a subtle body known as the intermediate state and when the intermediate state being assumes a coarser body, visible to other persons, it has taken rebirth into a new life.

Although we naturally pass through these different states, in their tantric treatises, Nagarjuna and Aryadeva have described unique techniques and methods whereby practitioners can put these experiences to positive use. Rather than go through them helplessly, can gain control of these three states and use them to achieve the resultant state of Buddhahood.

Meditation on the three bodies refers to the meditation in which you take death, intermediate state and rebirth into the process of the path. For instance, taking death into the process of the path as the Truth Body is where you transform the condition of dying by imagining or visualizing going through the process of death. On the imaginary level you withdraw and dissolve all the processes of your mind and energies. The death process begins with dissolution of elements within your own body; consequently it has eight stages starting with the dissolution of the earth, water, fire, and wind elements.

This is followed by four stages, technically referred to as the experiences of white appearance, red increase, black near attainment and the clear light of the death. This dissolution is experienced during the generation stage only on an imaginary level, while deeper experiences of the dissolution process arise as the practitioner progresses and advances in his realization during the completion stage. This will eventually lead to a point where he will be able to go through the experience of the actual death process.

Nowadays, scientists have been conducting experiments to examine the death process to find out how it works. The process of dissolution will be much clearer in a person going through the death process gradually, such as someone who has been sick for a long time, and more conclusive results may be achieved in this way.

A tantric practitioner who has attained an advanced state of realization will be able to recognize the experience of death for what it is and will be able to put it to positive use, maintaining his awareness and not simply being overwhelmed by it. Generally speaking, ordinary people may remain in the clear light of death for up to three days at most, but some meditators may abide in it for a week or more. What indicates that a person, although externally they may appear to be dead, has remained in the clear light of death, is that the body does not decompose.

The point, at which the meditator goes through the experience of clear light on an imaginary level during the generation stage, is the point at which he or she should enter into meditative equipoise on emptiness.

Just as an ordinary person enters into the intermediate state and assumes a very subtle body following the experience of the clear light of death, in the generation stage practice, after arising from this meditative equipoise on emptiness, the practitioner assumes a subtle body on an imaginary level, which is the factor that ripens the inter-mediate state. This is meditation on the Enjoyment Body.

Then, just as on an ordinary level a person in the intermediate state assumes a gross physical body marking their rebirth into a new life, so a practitioner of the generation stage, following the adoption of an Enjoyment Body, assumes an Emanation Body.

There are many manuals describing meditations on the generation stage for generating yourself as a deity. In some practices you find yourself arising first as a causal vajra-holder and then as the resultant vajra-holder, in other cases, you find that you generate yourself into a deity through a process known as the 'five clarifications' and so forth.

Although there are a lot of ways to visualize yourself as a deity in the practices of the generation stage which are very important, the most significant part of the meditation is the point at which you give special emphasis to meditation on the vast and the profound by cultivating the clarity of the visualization and divine pride. I have already mentioned this when I explained that the practitioner should cultivate clarity in the visualization of the deity and divine pride based on that.

As a serious practitioner you should try to undertake all these meditations, always relating them to your own mental state and level of realization, and always watching that your own meditation is free from the influences of mental laxity and excitement. Such forms of meditation should be undertaken in a sustained and concerted manner.

The greatest obstacle to obtaining and maintaining single-pointedness of mind is mental distraction. This includes many different types of mental states, such as mental scattering, but amongst them all the greatest obstacle is mental excitement. This arises when your mind is distracted by a desirable object. In order to overcome and counteract such influences, the meditator is recommended to try to relax the intensity of the meditation, to withdraw the attention from external objects and so on, so that the mind can be calmed down.

Because mental excitement comes about when your mind is too alert or your meditation is too intense, it helps to reflect on the nature of suffering of cyclic existence and so on. This will enable you to reduce the intensity of your alertness.

When you engage in meditation to develop single pointedness, you should judge for yourself whether your mind is too intensely alert or whether it is too relaxed and so on. Assessing the level of your own mind you should cultivate single-pointedness correctly.

Because the object of meditation in the practice of Highest Yoga Tantra is yourself in the form of a deity, and also because of the practice of single-pointedly focusing your attention on certain points within your body, you are able to bring about movement of the elements in the body. Some meditators have related their experiences of this to me. When you are able to hold a clear image of the deity single-pointedly for a long period of time, this obstructs your normal sense of ordinariness and so leads to a feeling of divide pride. However, during all these stages of meditation, it is very important constantly to reaffirm your awareness of emptiness.

When you undertake practice properly in this way you will reach a point where you will have a clear visualization of the entire mandala and the deities within it of such vividness that it is as if you could see them and touch them. This indicates realization of the first stage of generation.

If, as a result of your further meditation, you are able to reach the stage where you have a clear vision of the subtle deities that are generated from different parts of your body in a single instant, you will have achieved the second level of the generation stage.

Once you have attained firm meditative stabilization, different meditations, such as emanating deities, dissolving them back into your heart and so on, are explained in order to train yourself to gain further control over this single-pointedness. These meditations include visualization of subtle hand symbols at the opening of the upper end of the central channel and visualization of subtle drops and syllables at its lower end. Then, if you feel exhausted as a result of all this meditation, the next step is to do the mantra repetitions.