An Interview with the Dalai Lama
»» Emptiness: The Two Truths 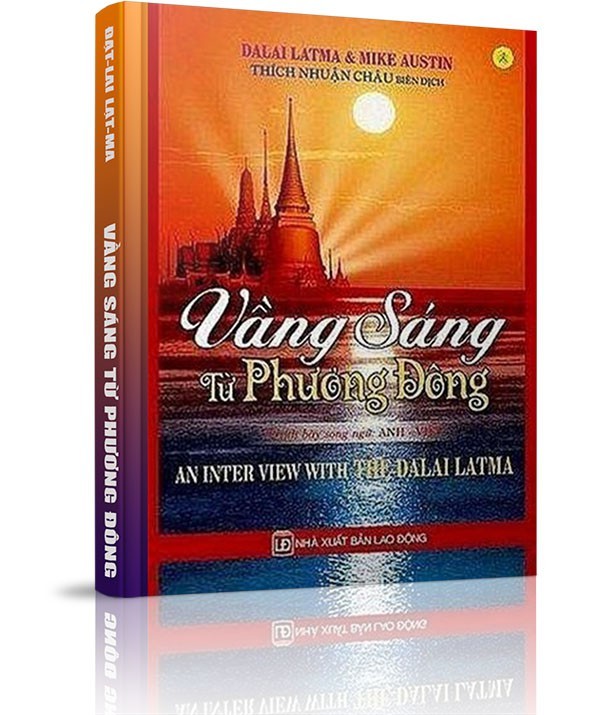 Tải sách dạng
epub, mobi, lrf...
(có phí)
Mike Austin: Can you explain why Buddhists believe the mind is obscured; why we have been beginninglessly ignorant?

Dalai Latma: There are different types of obscurations. In one way, there are two. The first is an obscuration of not knowing. The second is a case of misconceiving. If you ask from what an obscuration arises, it comes from the continuation of former moments of obscuration. If you seek another explanation, then there would have to be a first moment to obscuration. In this case there would be a contradiction with reasoning. As it says in Aryadeva’s Four Hundred, “Though there is no beginning to afflictive emotions, there is an end.” Because ignorant consciousnesses misconceive objects, there is an end to them. They can be stopped by right understanding, but since they are generated as continuations of former moments of that type of consciousness, there is no beginning to them.

Mike Austin: Why is the mind not inherently enlightened?

Dalai Latma: Once it has defilements - is together with defilements - it can’t be that it was once without them. Still, because the basic entity of the mind is always unfabricated and clear, it is indeed thoroughly good. Therefore, it is called thoroughly good: Samantabhadra. It would contradict reasoning to propound that the mind is first pure and then later became adventitiously defiled. Thus, it can only be said that from the very start the mind is defiled.

Mike Austin: Why is the enlightened nature just a seed? Why is it not thoroughly developed?

Dalai Latma: Because it is a seed its fruition is yet to occur. The fact that any consciousness is established as having a nature of mere illumination and knowing, and that that factor is capable of turning into enlightenment is designated with the name, ‘seed’. There is nothing more than that. If there was, you’d have to say that a God created it. Then you would have to explore the nature of God: investigate whether the nature of God had a beginning or end.

There are many such investigations in the ninth chapter of Shantideva’s Engaging in the Bodhisattva’s Deeds as well as Dharmakirti’s Commentary on Dignaga’s “Compendium on Valid Cognition.” I am not criticizing those who assert a creator God. I am explaining the Buddhist viewpoint. If there are many internal contradictions in a doctrine, revealed by reasoning, then one should drop that doctrine and choose one which doesn’t have such discrepancies. As it says in the fourth reliance, rely not on knowledge but on exalted wisdom. There are many phenomena which are not understood until one advances in mental development. There are many unusual phenomena which we cannot explain now with this type of consciousness.

Mike Austin: Can you explain how the other mental afflictions stem, or come out of innate ignorance?

Dalai Latma: As I said, there are two types of ignorance. The first is a mere obscuration with respect to the status of phenomena. The other is ignorance which misconceives the nature of phenomena. The latter one conceives that phenomena inherently exist, which they don’t. Within this misconception of inherent existence, there are again two types: conceptions of persons as inherently existent and conceptions of other phenomena as also such. This division is made by way of a consideration of users of objects and objects used.

Now, first of all, one generates a conception of the inherent existence of those phenomena - the mental and physical aggregates - which serve as the basis of designation of the “I.” After that thought, the “I” which is designated in dependence on mind and body is conceived to exist in its own right. Then, with that view of the transitory as the cause, one conceives “mine” to inherently exist.

As Chandrakirti says, “Initially there is attachment to the “I” - a self - and then attachment to mine.” Once there is the class of self, there is the class of other. Once these two classes are distinguished, one becomes desirously attached to the class of self and hateful towards the class of other. From this, are generated all the other problems. For instance, due to the view of the transitory as an “I” which is inherently existent, one generates pride in oneself as superior to others. Then, even afflicted doubt - since it’s a case of emphasizing the “I” which might not believe in something (the final reason being that ‘I don’t believe in such and such’) - depends on this. And jealousy. Also, induced by this view of the “I” as inherently existent, are extreme views: views of permanence and views of annihilation. For example, believing that former and later births don’t exist or believing that once there is a self that this self will exist forever. So first a phenomenon appears to inherently exist and when it does, its qualities of good, bad and whatever also appear to exist in this way. The mind then assents to that appearance. Since this is an appearance based on a superimposition of goodness and of badness - beyond that which is actually there - one’s mind falls into extreme conceptions of genuine goodness and badness and the operation of improper attitudes, which, in turn, generate the afflictive emotions.