The Four Noble Truths
»» One: Introducing 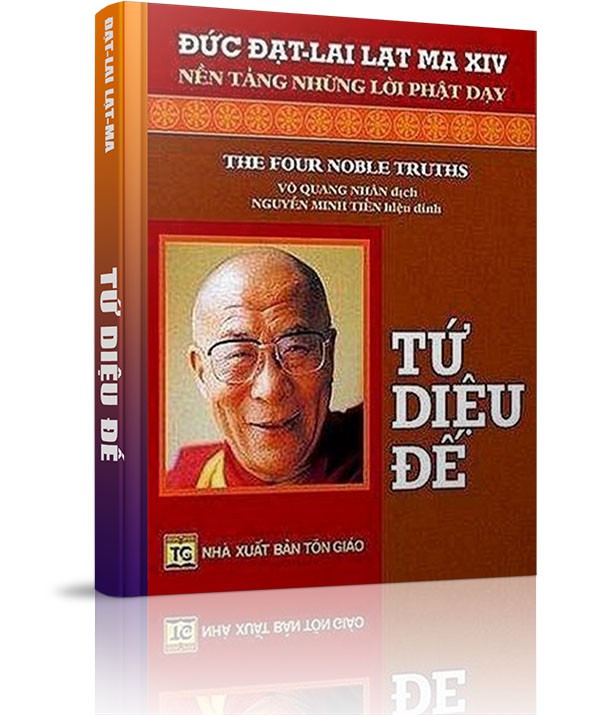 Tải sách dạng
epub, mobi, lrf...
(có phí)
Now let us turn to the Buddhist teaching on the Four Noble Truths. The first question we might ask is why these Truths are considered to be so fundamental, and why, in fact, Buddha taught them at all.

In order to answer this, we have to relate the Four Noble Truths to our own experience as individual human beings. It is a fact - a natural fact of life - that each one of us has an innate desire to seek happiness and to overcome suffering. This is something very instinctive, and there is no need to prove it is there. Happiness is something that we all aspire to achieve, and of course we naturally have a right to fulfil that aspiration. In the same way, suffering is something everybody wishes to avoid, and we also have the right to try to overcome suffering. So if this aspiration achieve happiness and overcome suffering is our natural state of being, and our natural quest, the question is how we should go about fulfilling that aspiration.

Now when we speak of happiness in Buddhism, our understanding of it is not confined to a state of feeling. Certainly cessation (the total cessation of suffering) is not a state of feeling, and yet we could say that cessation is the highest form of happiness because it is, by definition, complete freedom from suffering. Here again cessation, or true happiness, does not come into being from nowhere or without any cause. This is a subtle point, of course, because from the Buddhist perspective cessation is not a conditioned event, so it cannot be said to be actually produced, or caused, by anything. However, the actualization or attainment of cessation does depend on the path and on an individual’s effort. You cannot attain cessation without making an effort. In this sense we can therefore say that the path that leads to cessation is the cause of cessation.

In the Uttaratantra, Maitreya states that there are four stages to curing an illness.

Just as the disease need be diagnosed, its cause eliminated, a healthy state achieved and the remedy implemented, so also should suffering, its causes, its cessation and the path be known, removed, attained and undertaken.

Maitreya uses the analogy of a sick person to explain the way in which realizations based on the Four Noble Truths can be attained. In order for a sick person to get well, the first step is that he or she must know that he is ill, otherwise the desire to be cured will not arise. Once you have acknowledged that you are sick, then naturally you will try to find out what led to it and what makes your condition even worse. When you have identified these, you will gain an understanding of whether or not the illness can be cured, and a wish to be free from the illness will arise in you. In fact this is not just a mere wish, because once you have recognized the conditions that led to your illness, your desire to be free of it will be much stronger since that knowledge will give you a confidence and conviction that you can overcome the illness. With that conviction, you will want to take all the medications and remedies necessary.

In the same way, unless you know that you are suffering, your desire to be free from suffering will not arise in the first place. So the first step we must take as practising Buddhists is to recognize our present state as duhkha or suffering, frustration and unsatisfactoriness. Only then will we wish to look into the causes and conditions that give rise to suffering.

It is very important to understand the context of the Buddhist emphasis on recognizing that we are all in a state of suffering, otherwise there is a danger we could misunderstand the Buddhist outlook, and think that it involves rather morbid thinking, a basic pessimism and almost an obsessiveness about the reality of suffering.

We could say that the two sets of causes and effects I mentioned earlier refer, on the one hand, to the process of an unenlightened existence, which relates to the causal chain between suffering and its origins, and, on the other hand, to the process of an enlightened existence which pertains to the causal links between the path and true cessation. When the Buddha elaborated on these two processes, he taught what is called the doctrine of the Twelve Links of Dependent Origination, or Twelve Nidanas.

The nidanas are the Twelve Links in the cycle of existence, which goes from ignorance, to volition, to consciousness, and so on, all the way to old age and death. When the causal process of an unenlightened existence is described in detail - that is, a life which is led within the framework of suffering and its origin - then the sequence of the Twelve Links begins with ignorance, and proceeds with volition, consciousness and so on. This sequence describes how an individual sentient being, as a result of certain causes and conditions, enters into the process of unenlightened existence.

However, if that same individual engages in certain spiritual practices, he or she can reverse this process, and the alternative sequence is that of the process which leads to enlightenment. For example, if the continuum of ignorance comes to an end then the continuum of volitional actions will cease. If that ceases, then the consciousness that serves as the support for such actions will cease; and so on.

You can see that the teachings on the Twelve Links of Dependent Origination are in some sense an elaboration on the two sets of causes and conditions described by the Four Noble Truths.