A Short History of Buddhism
»» The Historical Context, and the Epochs of Buddhist History 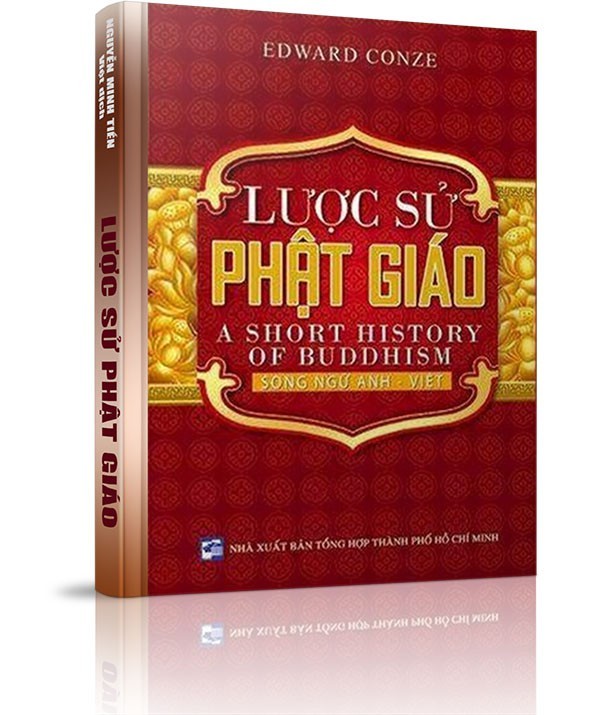 Buddhism claims that a person called “The Buddha”, or “The Enlightened One”, rediscovered a very ancient and long-standing, in fact an ageless, wisdom, and that he did so in Bihar in India, round about 600 or 400 BC - the exact date is unknown.

His re-formulation of the perennial wisdom was designed to counteract three evils.

1. Violence had to be avoided in all its forms, from the killing of humans and animals to the intellectual coercion of those who think otherwise.

2. The “self” or the fact that one holds on to oneself as an individual personality, was held to be responsible for all pain and suffering, which would in the end be finally abolished by the attainment of a state of self-extinction, technically known as “Nirvāna”.

3. Death was an error which could be overcome by those who entered the “doors to the Deathless”, “the gates of the Undying”.

Apart from providing antidotes to these three ills, the Buddha formulated no definite doctrines or creeds, but put his entire trust into the results obtained by training his disciples through a threefold process of moral restraint, secluded meditation and philosophical reflection.

As to the first point, that of violence - the technical term for “non-violence” is ahiṃsā, which means the avoidance of harm to all life. In this respect Buddhism was one of the many movements which reacted against the technological tyrannies which had arisen about 3000 BC, whose technical projects and military operations had led to widespread and often senseless violence and destruction of life.

From its very beginning the growth of civilization has been accompanied by recurrent waves of disillusion with power and material wealth. About 600 BC onwards one such wave swept through the whole of Asia, through all parts of it, from China to the Greek islands on the coast of Asia Minor, mobilizing the resources of the spirit against the existing power system.

In India the reaction arose in a region devoted to rice culture, as distinct from the areas further West with their animal husbandry and cultivation of wheat. For the last two thousand years Buddhism has mainly flourished in rice-growing countries and little elsewhere. In addition, and that is much harder to explain, it has spread only into those countries which had previously had a cult of Serpents or Dragons, and never made headway in those parts of the world which view the killing of dragons as a meritorious deed or blame serpents for mankind’s ills.

As to the second point, concerning the self, in offering a cure for individualism Buddhism addresses itself to an individualistic city population. It arose in a part of India where, round Benares and Patna, the iron age had thrown up ambitious warrior kings, who had established large kingdoms, with big cities, widespread trade, a fairly developed money economy and a rationally organized state. These cities replaced small-scale tribal societies by large-scale conurbations, with all the evils of depersonalization, specialization and social disorganization that that entails.

Most of the Buddha’s public activity took place in cities and that helps to account for the intellectual character of his teachings, the “urbanity” of his utterances and the rational quality of his ideas. The Buddha always stressed that he was a guide, not an authority, and that all propositions must be tested, including his own.

Having had the advantage of a liberal education, the Buddhists react to the unproven with a benevolent scepticism and so they have been able to accommodate themselves to every kind of popular belief, not only in India, but in all countries they moved into.

As to the third point, concerning death; there is something here which we do not quite understand. The Buddha obviously shared the conviction, widely held in the early stages of mankind’s history, that death is not a necessary ingredient of our human constitution, but a sign that something has gone wrong with us. It is our own fault; essentially we are immortal and can conquer death and win eternal life by religious means. The Buddha attributed death to an evil force, called Mara, “the Killer”, who tempts us away from our true immortal selves and diverts us from the path which could lead us back to freedom. On the principle that “it is the lesser part which dies” we are tied to Mara’s realm through our cravings and through our attachment to an individual personality which is their visible embodiment.

In shedding our attachments we move beyond “death’s realm”, “beyond the death-king’s sight” and win relief from an endless series of repeated deaths, which each time rob us of the loot of a lifetime.

Buddhism has so far persisted for about 2,500 years and during that period it has undergone profound and radical changes. Its history can conveniently be divided into four periods.

The first period is that of the old Buddhism, which largely coincided with what later came to be known as the “Hīnayāna”; the second is marked by the rise of the Mahāyāna; the third by that of the Tantra and Ch’an. This brings us to about AD 1000. After that Buddhism no longer renewed itself, but just persisted, and the last 1,000 years can be taken together as the fourth period.

Geographically, first period Buddhism remained almost purely Indian; during the second period it started on its conquest of Eastern Asia and was in its turn considerably influenced by non-Indian thought; during the third, creative centres of Buddhist thought were established outside India, particularly in China.

Philosophically, the first period concentrated on psychological questions, the second on ontological, the third on cosmic. The first is concerned with individuals gaining control over their own minds, and psychological analysis is the method by which self-control is sought; the second turns to the nature (svabhava) of true reality and the realization in oneself of that true nature of things is held to be decisive for salvation; the third sees adjustment and harmony with the cosmos as the clue to enlightenment and uses age-old magical and occult methods to achieve it.

Soteriologically, they differ in the conception of the type of man they try to produce. In the first period the ideal saint is an Arhat, or a person who has non-attachment, in whom all craving is extinct and who will no more be reborn in this world. In the second it is the Bodhisattva, a person who wishes to save all his fellow-beings and who hopes ultimately to become an omniscient Buddha. In the third it is a Siddha, a man who is so much in harmony with the cosmos that he is under no constraint whatsoever and as a free agent is able to manipulate the cosmic forces both inside and outside himself.

Other religions may perhaps have undergone changes as startling as these, but what is peculiar to Buddhism is that the innovations of each new phase were backed up by the production of a fresh canonical literature which, although clearly composed many centuries after the Buddha’s death, claims to be the word of the Buddha Himself. The Scriptures of the first period were supplemented in the second by a large number of Mahāyāna Sutras and in the third by a truly enormous number of Tantras. All these writings are anonymous in the sense that their authors are unknown and the claim that they were all spoken by the Buddha Himself involves, as we shall see (ch. II sec. 1), a rather elastic conception of the Buddha.

At any given time the newer developments did not entirely supersede the older ones. The older schools coexisted with the new ones, although they were often profoundly modified by them. The old Buddhism of the first period absorbed in the second a good many of the tenets of the Mahāyāna and the contact between the Tantras and the Mahāyāna led to a synthesis which took place in the universities of Bengal and Orissa during the Pāla period (see ch. Ill sec. 1). In my account I will concentrate on the creative impulses and they will be my guide.

The division of Buddhist history into periods of 500 years does not only agree with the facts, but it is mentioned in many Buddhist writings dating from the beginning of the Christian era. These five periods of 500 years are enumerated as marking the continued dege-neration of the doctrine. Like everything else, the Buddhist order and doctrine is bound to decay, in each period its spirituality will be diminished, and after 2,500 years it will be near its extinction (see ch. IV sec. 9). Whether or not observation bears out this diagnosis of a continuous decay, it had a profound influence on the mentality of the Buddhists in later ages, and we will hear of it again and again. The story of Buddhism is indeed not only a splendid, but also a melancholy one.

To the modern historian, Buddhism is a phenomenon which must exasperate him at every point and we can only say in extenuation that this religion was not founded for the benefit of historians. Not only is there an almost complete absence of hard facts about its history in India; not only is the date, authorship and geographical provenance of the overwhelming majority of the documents almost entirely unknown, but even its doctrines must strike the historian as most unsatisfactory, and elusive. Buddhists tend to cancel out each statement by a counter-statement and the truth is obtained not by choosing between the two contradictory statements, but by combining them.

What then, apart from their characteristic terminology, is common to all this variety of diverse teachings, what are the common factors which allow us to call all of them “Buddhist”?

1. Among the more stable factors the monastic organization is the most obvious and conspicuous. Its continuity is the basis which supports everything else (see ch. I sec. 2).

2. Next we have as a constant element a traditional set of meditations which have moulded all generations of Buddhists and which are bound to exert a fairly uniform effect on everyone who subjects himself to their influence (see ch. I sec. 3).

3. Thirdly, all Buddhists have had one and the same aim, which is the “extinction of self, the dying out of separate individuality, and their teachings and practices have generally tended to foster such easily recognizable spiritual virtues as serenity, detachment, consideration and tenderness for others. In the Scriptures, the Dharma has been compared to a taste. The word of the Buddha is there defined as that which has the taste of Peace, the taste of Emancipation, the taste of Nirvāṇa. It is, of course, a peculiarity of tastes that they are not easily described, and must elude those who refuse actually to taste them for themselves.

4. Throughout its history,. Buddhism has the unity of an organism, in that each new development takes place in continuity from the previous one. Nothing could look more different from a tadpole than a frog and yet they are stages of the same animal, and evolve continuously from each other. The Buddhist capacity for metamorphosis must astound those who only see the end-products separated by long intervals of time, as different as chrysalis and butterfly. In fact they are connected by many gradations, which lead from one to the other and which only close study can detect. There is in Buddhism really no innovation, but what seems so is in fact a subtle adaptation of pre-existing ideas.

Great attention has always been paid to continuous doctrinal development and to the proper transmission of the teachings. These are not the anarchic philosophizings of individualists who strive for originality at all costs. Instead, we have groups of teachers, known as “sects” or “schools”, and lines of masters which maintain continuity over many centuries.